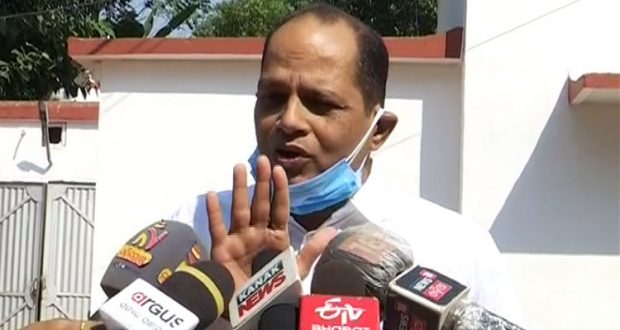 Bhubaneswar7/12/20:: Gopalpur MLA Pradeep Panigrahi, who was arrested by the Odisha Crime Branch on charges of forgery, fraud, and criminal conspiracy on December 3, will have to stay in jail for some more time after a local court rejected his bail plea on Monday evening.

The Additional District and Sessions Court (III), Bhubaneswar heard his bail application before turning it down.

The Court had reserved its order following hearing in the afternoon. The final order came later in the evening.

Earlier on December 3, the Crime Branch produced him before the court of Sub-divisional Judicial Magistrate (SDJM), who had sent him to 14-day judicial custody by rejecting his bail application. He has been lodged in Jharpada jail here.

2020-12-07
Editor in chief
Previous: Odisha government has decided to close all government offices on Tuesday on account of country-wide shutdown
Next: No major impact of Bharat Bandh called by farmers’ unions