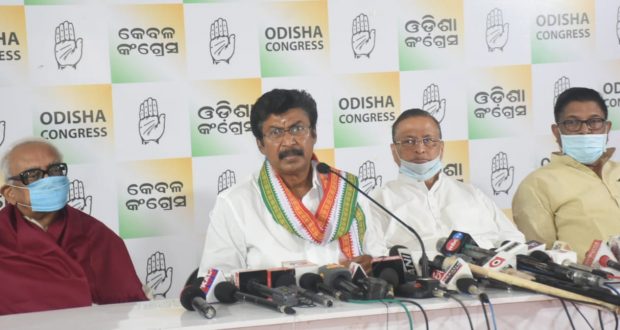 in State News December 6, 2020 Comments Off on Congress terming ruling Biju Janta Dal (BJD) as ‘B’ team of BJP 324 Views

Bhubaneswar:6/12/20:Politics over Nayagarh minor girl death case intensified with the Congress terming ruling Biju Janta Dal (BJD) as ‘B’ team of BJP and the saffron party is having secret nexus with the ruling party in the state.

Addressing a press meet held here, Odisha Congress in-charge A Chella Kumar said that there is a mutual understanding between the BJP and BJD. Both the parties are behaving like siblings in the incident.

“ Odisha Congress is more concerned about the minor girl’s death. BJP is trying to divert the issue and shield the real culprits,” Kumar said.

On the other hand, the saffron party has hit back at Congress and said Odisha Congress in-charge should ask his party leaders about the secret pacts.

“Kumar should ask Sura Rautray and Santosh Singh Saluja about the party, which is having nexus with the ruling party,” said senior BJP leader and leader of the Opposition Pradipta Naik.

However, BJD’s reaction to the matter could not be obtained.

2020-12-06
Editor in chief
Previous: Strict traffic rules under the new MV Act will be enforced again in Odisha from January, 2021
Next: Syed Yashir Nawaz appointed as president of National Students’ Union of India (NSUI) for Odisha.