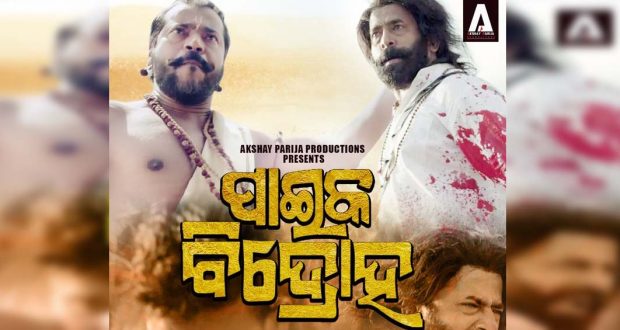 Bhubaneswar:6/12/20:Paika Bidroha’ (Paika Rebellion) — the first war of independence in the Indian subcontinent? It was an armed rebellion against the British East India Company’s rule in 1817, much before the Sepoy Mutiny of 1857.

While Nischay Rout and Anuj Tyagi have directed the film, Hara Prasad Dash has written the story, screenplay, and dialogues. The costumes of this periodic film were designed by the film’s co-producer, Barnali Rath. Paika Bidroha’ had earlier created a buzz by winning four State Film Awards for 2018 — Best Director, Best Cinematography, Best Editing as well as the Best Film by Jury.