Top Headlines
Home » National » World is looking towards India for the development of a safe and affordable Vaccine: PM 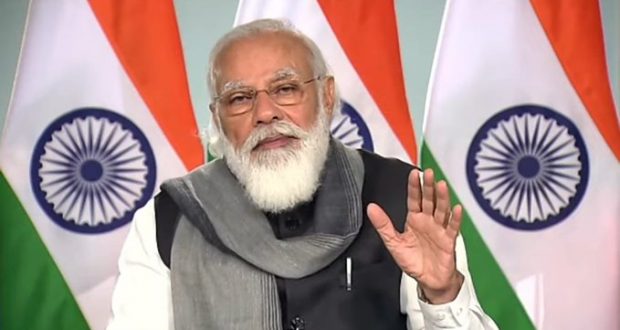 World is looking towards India for the development of a safe and affordable Vaccine: PM

in National December 4, 2020 Comments Off on World is looking towards India for the development of a safe and affordable Vaccine: PM 281 Views

The Prime Minister said that the government is developing a comprehensive vaccination strategy. He emphasised that the world is looking towards India for the development of a safe and affordable vaccine.

India is ready for Covid Vaccination

The Prime Minister shared his experience of visiting the vaccine manufacturing facilities in Ahmedabad, Pune, and Hyderabad, informing that about eight potential vaccines, currently in different stages of the trial, will be manufactured in India, which includes the three indigenous vaccines.

The Prime Minister said that it is expected that the vaccine will be available in the coming few weeks. The vaccination campaign will kickstart in India as soon as the vaccine is approved by the scientists. The Central government is working in close coordination with the State governments to identify the priority groups for vaccination that will include Health Workers, Frontline workers, and high-risk individuals viz the aged population cohort and people with comorbidities.

In an effort to administer the vaccine in an efficient, smooth & transparent manner, a database of healthcare and frontline workers, augmentation of cold chains and procurement of syringes and needles are in advanced stages of preparation.

Underlining India’s vaccine distribution expertise, capacity, and presence of an experienced and vast network for vaccination, the Prime Minister said that this will help us in streamlining Covid vaccination. Collaboration with State Governments will be established for additional cold chain equipment and other such logistical requirements.

The digital platform for vaccine administration and distribution (Covid-19 Vaccine Information Network Co-WIN) is prepared and is being tested in collaboration with the State and District Level authorities and other stakeholders.

India fought the Pandemic with indomitable will

The Prime Minister mentioned that Indians have fought this pandemic with indomitable will, noting that the restraint, courage, and strength of Indians has been incomparable and unprecedented during this entire battle. He added that we not only helped our fellow Indians but also made every effort to save the citizens of other countries as well. Also, the scientific methodology adopted by India led to increased testing in India, which not only reduced the positivity rate but also reduced the covid mortality rate.

The Prime Minister cautioned against rumors that may be spread about vaccination, saying that it would be against both public interest and national interest. He called upon all the leaders to make the citizens of the country more aware, and prevent any such rumors from spreading.

The Prime Minister thanked the leaders of all parties for their valuable contribution in the fight against Covid. He said that Jan Andolan& Jan Bhagidari with the support of all political parties is the key to the success of India’s vaccination effort. Along with this, he again appealed to the citizens to be constantly alert and not let the guard down in following the preventive measures against the virus.

Political parties that participated in the meeting included among others, the Indian National Congress, Trinamool Congress, DMK, YSR Congress Party, JD(U), BJD, Shiv Sena, TRS, BSP, SP, AIADMK, and BJP. The leaders assured the Prime Minister of their full support to ensure efficient and speedy vaccination. They hailed the leadership of the Prime Minister in tackling the pandemic and praised the scientific community as well as vaccine manufacturers for their efforts in vaccine development.

The Union Health Secretary made a presentation highlighting the situation of Covid-19 in the country. An overview of the global vaccine landscape as well as India’s progress in the entire gamut of vaccine distribution and beneficiary management was shared.