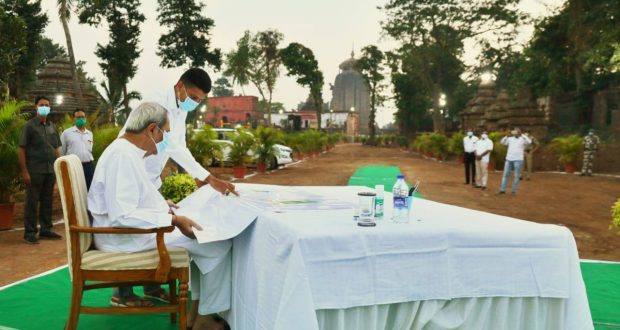 in State News December 2, 2020 Comments Off on Odisha Chief Minister announced a special act will be formulated for Lingaraj Temple 386 Views

Bhubaneswar:2/12/20 Odisha Chief Minister Naveen Patnaik on Wednesday announced that a special act will be formulated for Lingaraj Temple in Bhubaneswar on the same lines as the mega heritage corridor project of Puri Srimandir.

Patnaik today reviewed the developmental project being undertaken at the 11th-century shrine. In his first public appearance after the Covid-19 pandemic, the CM expressed gratitude to people who gave away their lands for the heritage project.

“Firstly, I would like to express my gratitude to all the people who contributed their land for the Lingaraj temple project. Secondly, I am very pleased to see how the work is progressing here. Soon, there will be a special act for Lingaraj Temple like we have for the Srimandir at Puri,” he said.

“The beautification of Lingaraj will draw a lot of pilgrims and tourists,” he added. 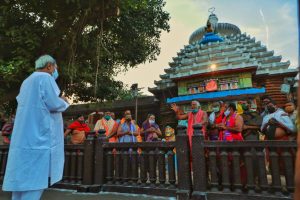 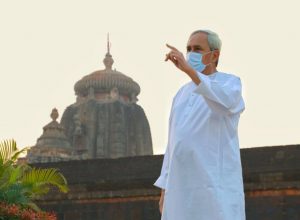 Asked whether the State government has plan for the development of other heritage sites, he said, “There will be more, but we will discuss in the matter.”

“The special act for the Lingaraj temple will be enacted on the basis of Jagannath Temple Act, 1954. The act will first be approved by the State Cabinet and become a law after being passed in the Assembly,” said Culture Minister Ashok Chandra Panda.

“The tradition and culture of the Lingaraj temple and welfare of the servitors will be prioritised in the act,” the Minister added.