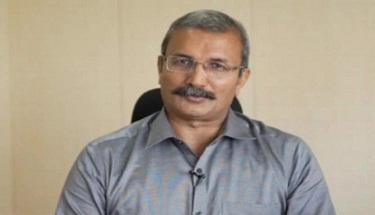 Bhubaneswar:28/11/20: The Odisha government on Saturday selected senior IPS officer Arun Bothra to head a special investigation team (SIT) which has been formed to investigate the alleged kidnapping and murder of Pari, a five-year-old girl whose body had been found days after she went missing while playing near her house in a village in Nayagarh district in July this year.

In a letter to the Registrar of the Orissa High Court, Special Secretary (Home) informed that the State government has selected a panel of senior officers for the Special Investigation Team.The other officials whose names have been recommended by the State government for the SIT include- Crime Branch SP RK Dora, Additional SP RC Thamba, Inspectors Narendra Behera and Mamata Rani Panda.Earlier in the day, the State Government agreed to conduct a probe into the alleged murder of Amrita Sneha Sahu (Pari) following pressure from the Opposition who are demanding the expulsion of Minister Arun Sahoo for his alleged complicity in the case.

The death of Pari has sparked a massive public outrage after her parents attempted to commit suicide in front of Odisha Assembly on Tuesday. The victim’s parents- Ashok and Saudamini Sahu alleged that Minister Sahoo was shielding the prime accused, Babuli Nayak as he was a worker in the BJD.

2020-11-28
Editor in chief
Previous: PM visits Bharat Biotech facility in Hyderabad
Next: All-Odisha government department and sub-ordinate offices in the twin cities will function with 75% strength during the month December 2020