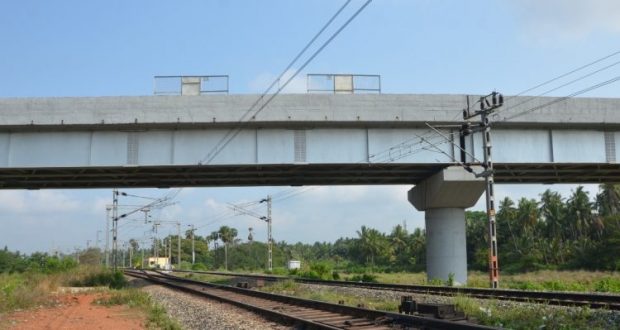 in State News November 25, 2020 Comments Off on ECoR signed MoU with EPIL for construction of seven road over bridges 498 Views

Bhubaneswar:25/11/20: Furthering its commitment to ensuring the safety of both road passengers and rail users, the East Coast Railway (ECoR) signed a Memorandum of Understanding (MoU) with Engineering Projects India Limited (EPIL) on Tuesday for the construction of seven roads over bridges (ROBs) between Dhanmandal- Brahmapur railway stations on Bhadrak- Palasa section of Khurda Road Division in Howrah – Chennai main line.

The MoU for the construction of these seven ROBs has been signed to one party on a composite contract basis at an estimated cost of Rs 303.36 crore. Executive Director of the EPIL Biswajit Biswas signed the MoU with Brijesh Kumar Mishra, Chief Engineer (Road Safety Works) of ECoR in presence of Narottam Singh Uikey, ECoR Principal Chief Engineer.