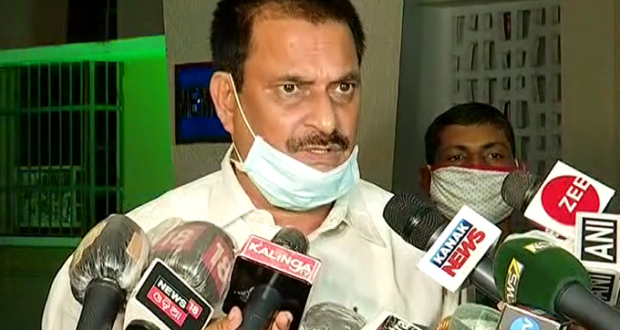 in State News November 22, 2020 Comments Off on Odisha Government changed its decision on merger of schools in schedule and non-schedule Areas 293 Views

Bhubaneswar:22/11/20; After much hue and cry, the Odisha Government on Sunday finally changed its decision on merger of schools in schedule and non-schedule areas. Speaking to media after a discussion in this regard on the third day of the ongoing Winter Session of the State Assembly, School and Mass Education Minister Sameer Dash said “It has been decided that schools with fewer than 15 students, not 20 as decided earlier, will be merged with other nearby schools in schedule areas.  Similarly, schools having less than 20 students in non-schedule areas will be merged with nearby ones.

Around 3,000 such schools having an attendance of fewer than 15 students are functioning in schedule areas, he added.

The Minister maintained that the government has started processing for the merger of as many as 7772 schools in schedule and non-schedule areas.

Dash has assured the House to take natural barriers into consideration during the merger. Besides, MLAs can raise their local grievances, if any, which will be addressed with priority, he added.

The minister reiterated that merger of small schools with others will create a good academic environment and lead to quality education. The government has not gone beyond rules.

Senior Congress leader Narasingha Mishra said “We demand that the government should set minimum 15 students as its norms for schedule areas and KBK areas for merger. Despite our demands for KBK, the Minister has not raked the issues. We will raise it in the House again,”

The House on Saturday had witnessed uproarious scenes over the government decision to close down thousands of schools in State.

The Assembly was marked by multiple adjournments over the conflicts with regards to the closure of schools with the BJP and Congress demanding immediate rollback of the decision.

Congress MLA Taraprasad Bahinipati threatened to kill self by slitting throat in front of the Speaker if the government doesn’t change its decision. Similarly, BJP member BC Sethy said that the government’s move will encourage dropouts as the small children will not go to attend classes in their new schools by covering long distances.

2020-11-22
Editor in chief
Previous: Cyclonic Storm Over Bay Of Bengal Likely during the next 24 hours
Next: BJP Odisha unit Plans Puri Bandh Over alleged custodial death