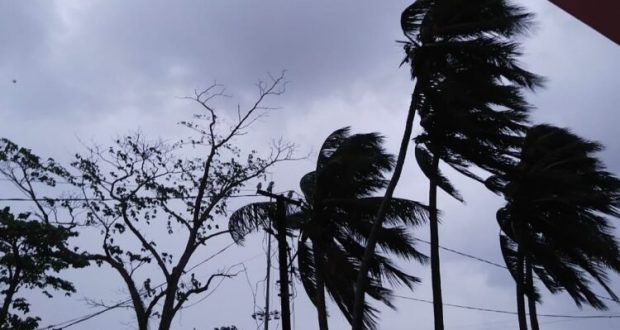 in National November 22, 2020 Comments Off on Cyclonic Storm Over Bay Of Bengal Likely during the next 24 hours 320 Views

Bhubaneswar22/11/20:: The low-pressure area over southwest and adjoining the southeast Bay of Bengal has become a well-marked low-pressure area. It is very likely to concentrate into a depression over southwest Bay of Bengal during the next 24 hours and intensify further into a cyclonic storm during subsequent 24 hours, the India Meteorological Department (IMD) said.

However, the system is likely to have no impact on Odisha. It is very likely to move northwestwards and cross Tamil Nadu and Puducherry coasts between Karaikal and Mahabalipuram around 25th November noon/afternoon, the IMD forecasted.

It is likely to gradually increase becoming 80-90 kmph gusting 100 kmph over the southwest Bay of Bengal, and along and off Tamilnadu and Puducherry coasts around the region of landfall on 25th November.