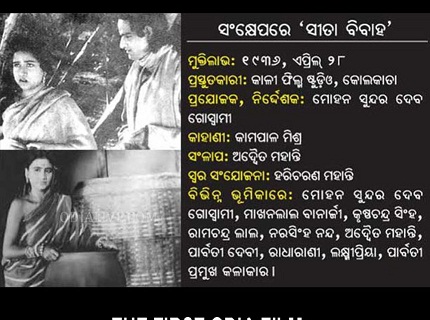 Bhubaneswar:19/11/20:Searching is one of the most popular activities on the internet. Search engines have become an essential part of everyone’s lives.Is there anyone who hasn’t heard of Google? The vast majority of searchers turn to Google. Indeed, Google defines searching to the degree that some people say they “googled” something like a synonym for searching 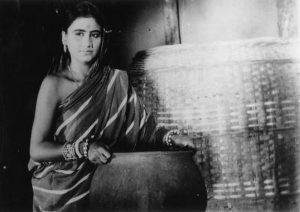 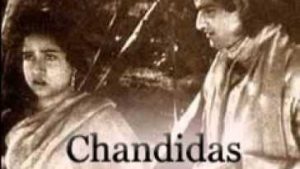 1:SUJATA ANAND IN MATIRA MANISHA 2:K.L. Saigal as Chandidas and Umasashi as Rami,

But it is a matter of great regret that the GOOGLE search engine posted two wrong photographs of the First Odia film film  “Sita Bibaha” which is widely accepted in both print and electronic media as well as in social media. Though that two photograph is from another film, one photo featuring Odia actress Sujata Anand   from Odia film MATIRA MANISHA and  other one is from Hindi Film CHANDI DAS featuring K.L. Saigal as Chandidas and Umasashi as Rami, The film, Chandidas released in 1934 was produced by New Theatres, Calcutta while MATIRA MANISHA released in 1966 directed by Mrinal Sen

2020-11-19
Editor in chief
Previous: Cancel DL Of People Driving Vehicle without wearing helmets
Next: Odisha Govt has signed an MoU with Prasanti Medical Services and Research Foundation for extension of free cardiac treatment