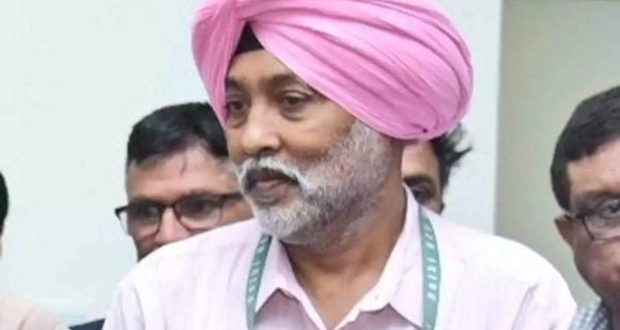 in Sports November 17, 2020 Comments Off on Sports Ministry has sanctioned Rs. ten lakh towards the treatment of hockey Olympian Mohinder Pal Singh 402 Views

Newdelhi:17/11/20 Sports Ministry has sanctioned Rs. ten lakh towards the treatment of hockey Olympian Mohinder Pal Singh.
Mr Singh is suffering from a chronic kidney ailment and is currently on dialysis.

The money, sanctioned under the Pandit Deendayal Upadhaya National Welfare Fund for Sportspersons, was given to his wife Shivjeet Singh today.

Recently, Sports minister Kiren Rijiju met Shivjeet Singh and several other veteran hockey players to assure them of assistance from the Ministry.

Mr Singh, who was the coach of the Indian Hockey team, was an outstanding hockey player who represented India various international events, including the 1988 Summer Olympics.

He was also a member of the Indian Hockey team that won the Asian Cup in 2007.

2020-11-17
Editor in chief
Previous: 15th Finance Commission presents its report to Finance Minister
Next: Number of COVID-19 cases continues to decline in Odisha