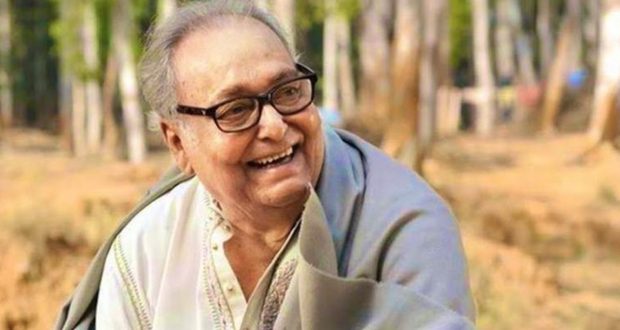 KOLKATA: 15/11/20:Veteran actor and Dadasaheb Phalke award recipient Soumitra Chatterjee passed away at a Kolkata Nursing home today. He was 85. The actor had been hospitalised on October 6, 2020, after being tested Covid positive. However, he was declared Covid negative later. But he succumbed to other ailments, the hospital sources say. He has been active on big and small screens almost till the date he fell sick.

President Ram Nath Kovind has expressed grief over the death of Soumitra Chatterjee. He said Indian cinema has lost one of its legends. In a series of tweets, Mr. Kovind said, he will be especially remembered for the ‘Apu’ trilogy and other memorable performances in Satyajit Ray’s masterpieces. He made immense contributions to the craft of acting. 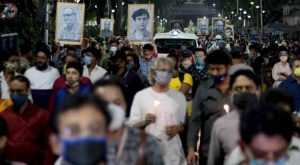 In a tweet, Mr. Modi said, Soumitra Chatterjee’s death is a colossal loss to the world of cinema, the cultural life of West Bengal and India. He said, through his works, he came to embody Bengali sensibilities, emotions, and ethos.

Information and Broadcasting Minister Prakash Javadekar expressed grief over the death of iconic Bengali actor Soumitra Chatterjee in a tweet, saying that the passing away of Soumitra Chatterjee is a big loss to the film industry. He conveyed his heartfelt condolences to family, friends, and fans of the departed actor.

West Bengal Chief Minister Mamata Banerjee has declared that the actor would be cremated with full honours and gun salute.
The theatre personality, poet Soumitra Chatterjee has his own fan following. He is considered as one of the icons in the cultural arena of Bengal.

Born on January 19, 1935, Soumitra Chatterjee learned acting from noted theatre personality Ahindra Choudhury. After initially getting rejected for the role of Apu, Chatterjee finally made his acting debut with Satyajit Ray’s Apur Sansar (1959), which was the third part of the Apu Trilogy. The two eventually worked on fourteen films including Abhijan, Charulata, Kapurush, Aranyer Din Ratri, Ashani Sanket, Sonar Kella,. and Joi Baba Felunath. Soumitra Chatterjee  featured in most of  the film made under the banner of window production and directed by  Sibprasad Mukherjee and Nandita Roy