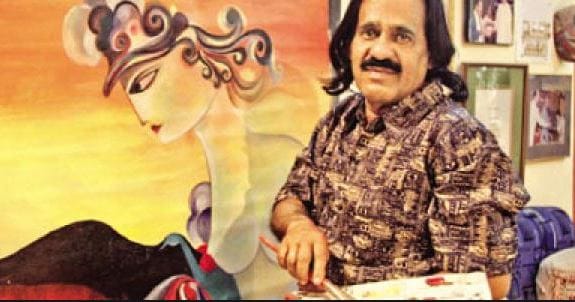 Cuttack: 9/11/20: Renowned painter and former president of Odisha Lalit Kala Akademi Siba Panigrahi died at his residence here on Monday, family sources said. He was 78. He is survived by a son and a daughter.

His son Raj Panigrahi said that his father suffered a cardiac arrest while having his meal. He was immediately rushed to the SCB Medical College and Hospital, where doctors declared him brought dead. Odisha Chief Minister Naveen Patnaik mourned Panigrahi’s demise and said that the artist will always be remembered for his significant contribution to the world of art. The mortal remains of Panigrahi were consigned to flames at the Sati Choura crematorium here in the city.” He had wished to be cremated here, close to our house”, his family members said.

Born in March 1943 at Baripada in Mayurbhanj district, Panigrahi had obtained a degree in fine arts from Bibhuti Kanungo College of Art and Craft in Khallikote in 1962 and pursued higher education from the Visva Bharati at Santiniketan.

He had received several awards, and participated in numerous art exhibitions, both national and international, during his career spanning over four decades.