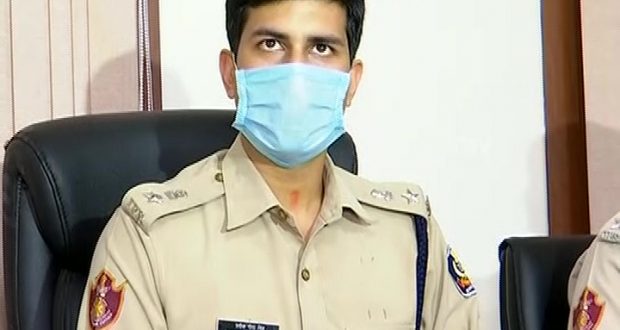 in District Diary November 9, 2020 Comments Off on Commissionerate Police announced special measures for the smooth conduct of Kali Puja in Cuttack. 383 Views

Cuttack:9/11/20: Keeping in view the pandemic situation, the Commissionerate Police on Monday announced special measures for the smooth conduct of Kali Puja in Cuttack. City DCP Prateek Singh informed that all the COVID-19 restrictions which were in place for Durga Puja will remain in force also during Kali Puja. Addressing a presser, Singh said the height of the idols has been capped at 4-ft and the concerned puja committees have been briefed about the do’s and don’ts which will help all keep the lethal COVID-19 at bay. Around 15 platoons of the police force will be deployed and 50 officers from different parts of the State would be mobilised for Kali Puja in Cuttack.“We have come up with a detailed security arrangement and the festival of Maa Kali will be observed as per the COVID-19 guidelines of Odisha government,” said Singh.

The DCP further informed that no permission will be granted for the procession or cultural programs during Kali Puja. The administration has also identified 11 temporary sites for the immersion of idols.

“Odisha government has banned the sale and bursting of crackers during Diwali. Already special drives are being conducted to ensure that there is no manufacture and sale of crackers in the city,” he added.

At least three persons have been arrested following raids on storage and cracker manufacturing units including at Jagatpur, Padmapur, Bhairipur and Badambadi police limits in the past couple of days. Firecrackers worth lakhs of rupees have been seized, he said.