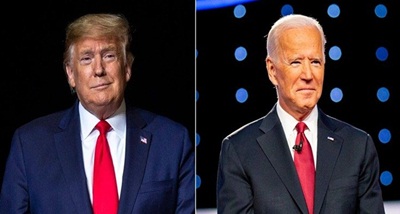 US Presidential Elections: Tight competition in race to the White House

in International November 6, 2020 Comments Off on US Presidential Elections: Tight competition in race to the White House 363 Views

Washington:6/11/20Even after two days of the counting of votes, it’s a close call on who will be next to the President of the United States. According to CNN, Democratic Presidential nominee Joe Biden is leading the race with 253 seats while incumbent President Donald Trump stands at 213 seats. In the 538-member electoral college, the winner needs 270 seats to be declared as a winner.

Meanwhile, Trump has Tweeted to stop the vote count. His campaign has already filed legal action in several states to stop counting of votes on grounds of lack of transparency.

12 Indian-Americans, including five women, have won in the state-level elections. This is in addition to the four Indian-Americans elected to the US House of Representatives – Dr. Ami Bera, Pramila Jayapal, Ro Khanna, and Raja Krishnamoorthi.