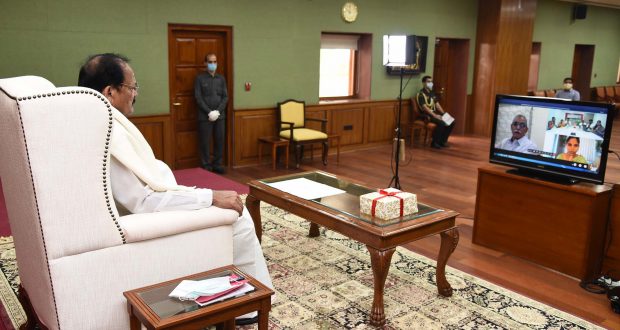 The Vice President, Shri M. Venkaiah Naidu at the virtual launch of the book Thavaasmi: Life and Skills through the lens of Ramayana, in New Delhi on November 06, 2020.

New Delhi:6/11/20: The Vice President of India, Shri M. Venkaiah Naidu today asked the new generation to learn from the life and virtues of Lord Rama and move on the righteous path shown by Him for a successful and fulfilling life.

Launching the book titled “Thavaasmi: Life and Skills through the lens of Ramayana” virtually, Shri Naidu said that Lord Rama’s life, words, and actions define how “Satya” (Truth) and “Dharma” (Righteousness) can become part of everyone’s life. “His relationship with parents, brothers, wife, friends, and enemies as well as his gurus shows how an ideal person would respond to various challenges in life and emerge stronger”, he added.

Referring to Lord Rama as Maryada Purushottama, the Vice President said that he was a great ruler who epitomized good governance and always remains in people’s hearts.

He described Ramayana as an immortal epic embedded in India’s collective cultural heritage and underlined the fact that the values espoused by Lord Rama have inspired numerous poets and saints to compose Ramayana in different languages. “There is probably no other epic in the world that has been re-told, re-sung and re-woven in so many fascinating ways”, the Vice President said.

He said the Valmiki Ramayana was not just ‘Adi Kavya’ (first epic) but also the ‘Anadi Kavya’ because it is timeless, eternal, and does not lose its relevance in any life context. “It enchants the scholarly as well as the common, unlettered citizen”, the Vice President added.

He said that Ramayana motivates the young and old with positive thoughts leading to living a fuller life. “We celebrate the victory of goodness, righteousness, and harmony over evil, mischief and disruptive violence”, he further highlighted.

Shri Naidu specifically referred to the episode wherein Lakshamana requests Lord Rama to stay back in Lanka after the defeat of Ravana, but Lord Rama refuses by saying ‘Janani Janmabhumishcha Swargadapi Gariyasi’ – meaning ‘the Mother and motherland are greater than even the Heaven’.

Exhorting the people to take inspiration from these words, Shri Naidu asked them to always remember the country where they were born, no matter where they go in search of employment opportunities or what position they hold.

The book “Thavaasmi…” is in four volumes and is prepared by a team of young professionals after years of extensive research. It presents the story of Ramayana as a dialogue between a father and daughter with a number of exercises making it an interesting learning experience.

Expressing his concern over the waning habit of reading bedtime stories, the Vice President said that ‘Thavaasmi…’ is an attempt to revive it. “These four books are also good bedtime stories, he said.

He complimented the author of the books Shri Rallabandi Srirama Chakradhar, co-author, Smt. Amara Sarada Deepthi and the entire Team Thavaasmi for bringing out the excellent publication. 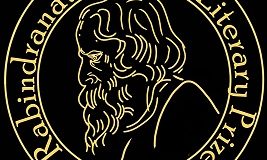 Rabindranath Tagore Literary Prize 2020 to be announced on December 7th 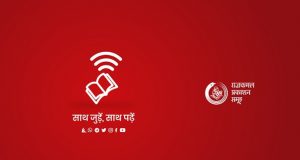 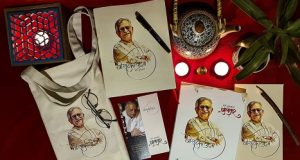 Bhubaneswar:28/11/20 The supplementary budget relating to Panchayati Raj department worth Rs 2252.84 crore was passed in the Odisha Assembly today. In his reply to the debate on the budgetary grant ...