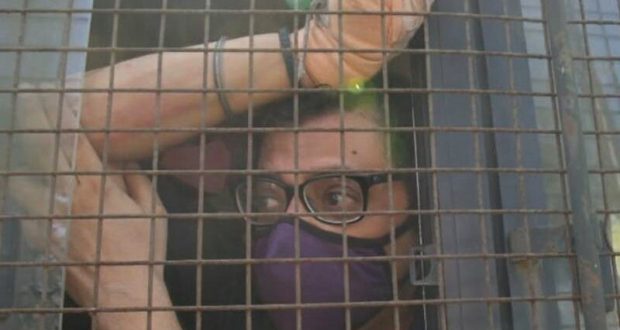 Mumbai: 5/11/20: The District Magistrate Court in Maharashtra’s Alibag has remanded Republic TV editor-in-chief, Arnab Goswami, to judicial custody for 14 days late on Wednesday night. Police arrested Goswami in a case relating to the abetment of the suicide of interior designer, Anvay Naik.

Based on a complaint by Akshata Naik, the court passed the order following an FIR by Raigad Police. Naik alleged that Arnab was responsible for the suicide of her husband, Anvay Naik, and his mother Kumud Naik who were directors of Concords Designs Pvt Ltd.

Raigad Police arrested the Republic TV editor-in-chief on Wednesday morning in the 2018 case, which was reopened by the state government after two years.

The Raigad Police had sought 14-day police custody of Goswami on the ground that charges against him are serious and he is an influential person necessitating his custody to carry out a proper probe.

What is the Anvay Naik suicide case?

Architect and interior designer, Anvay Naik (53) and his mother Kumud Naik (83) died by suicide at their farmhouse in Maharashtra’s Alibaug on May 5, 2018. Naik left behind a suicide note where he named three individuals who he said were responsible for his death and that of his mother’s. In the note, Anvay Naik said that the three individuals in question owed his firm Concorde Designs a total of Rs 5.4 crore which did not allow him to pay his creditors. The note said that Arnab Goswami owed Naik Rs 83 lakhs, Feroz Shaikh owed the firm Rs 4 crore, and Nitesh Sarda Rs 5 lakh.

This, according to the note, drove Anvay and his mother to take the extreme step. “Kindly collect money from them and hold them responsible for our death and pay to creditors,” Naik had written in his suicide note.

The case was reopened at the instruction of Maharashtra Home Minister Anil Deshmukh in May of this year. Deshmukh said he considered a probe into the matter at the request of deceased Anvay Naik’s daughter Adnya Naik.