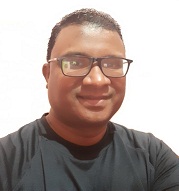 in National, State News November 3, 2020 Comments Off on Odia Scientist among the Top of World Rankings prepared by Stanford University 1,492 Views

Bhubaneswar:3/11/20:(Odisha NewsTimes  Bureau)Dr. Sanjib Kumar Karmee, Principal Scientist of Sardar Patel Renewable Energy Research Institute (SPRERI), Anand, Gujarat, India is adorned the most coveted list of “WORLD RANKING OF TOP 2% SCIENTISTS” among Indian subcontinent as per a subject-wise analysis conducted by a team of scientists at Stanford University, led by Dr. John PA Ioannidis. Dr. Karmee’s worldwide rank in Biotechnology discipline is 726 and C-score is 3.207. He is among the top 1.442%.

The database entitled “Updated science-wide author databases of standardized citation indicators” has just been published in one of the reputed journals PLOS Biology on the 16th of October 2020 (https://doi.org/10.1371/journal.pbio.3000918). The Stanford University scientists have created a database of over 100,000 top-scientists of the world on the basis of different standardized citation indicators, namely, information on citations, H-index, co-authorship, and a composite indicator.

All of these scientists were classified into 22 scientific fields and 176 sub-fields. SCOPUS data provided by Elsevier was used for analyses purposes, with data freeze as on May 6, 2020. Subject-wise ranking of top 2% scientists from India (all fields) is available online: http://shorturl.at/bdix8. The database shows the rank of all esteemed scientists. The databases and codes are freely available in Mendeley.

Dr. Karmee earned a Ph.D. from IIT Madras in 2006. His Ph.D. research was on the preparation of biodiesel and value-added products from bioresources. Subsequently, Karmee worked as a postdoctoral fellow at the RWTH Aachen University, Germany, and at the Delft University of Technology, The Netherlands. The institutions where he has held appointments include National University of Singapore, City University of Hong Kong, and North-West University, Potchefstroom, South Africa. He joined the Sardar Patel Renewable Energy Research Institute (SPRERI), Anand, Gujarat, in 2018 as a principal scientist and currently heading the Thermochemical Conversion Division.

Karmee is a native of Tebhapadar, Subarnapur district, Odisha. His father’s name is Biswanath Karmee (retired teacher) and his mother’s name is Kamalini Karmee. It is worthy to note that Dr Sanjib Kumar Karmee regularly writes science fiction in www.odishanewstimes.com.