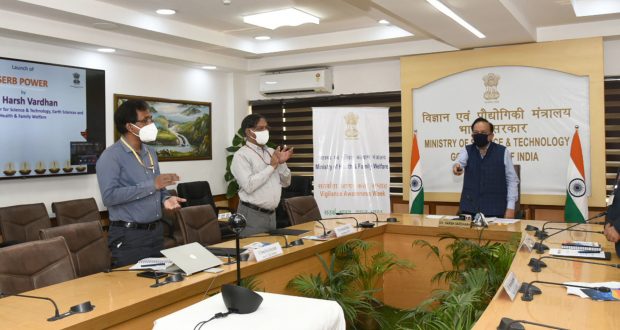 New Delhi:29/10/20: Dr. Harsh Vardhan, Union Minister for Science & Technology, Earth Sciences and Health & Family Welfare today launched a Scheme titled “SERB-POWER (Promoting Opportunities for Women in Exploratory Research)”, designed exclusively for women scientists, in a function today on an e-platform.The Science and Engineering Research Board (SERB), a Statutory body of the Department of Science and Technology (DST), Government of India, has been contemplating to institute a scheme to mitigate gender disparity in science and engineering research  in various S&T programs in Indian academic institutions and R&D laboratories.

Speaking on the occasion, the Union Minister emphasized the significance of empowering the women researchers in our S&T landscape.  He said, “Integration of the gender dimension in research design has gained considerable attention in the global scenario. Enhancement of participation and promotion of women in the research workforce is one of the prime priorities of our Government”. He appreciated that DST through the Women Fellowship Scheme had introduced some significant women empowering policies and supported thousands of women researchers in the past. 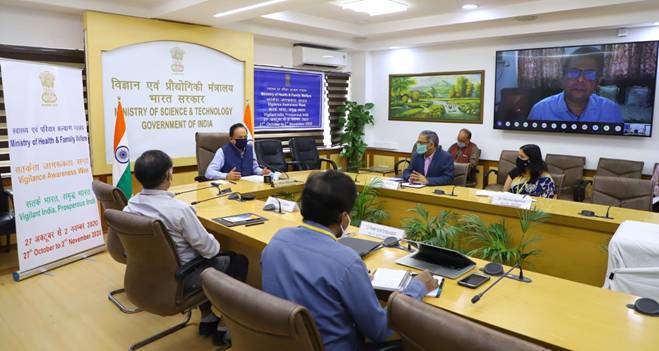 SERB – POWER Scheme will have two components namely (i) SERB-POWER Fellowship (ii) SERB- POWER Research Grants. The salient features of each of these are as follows:

A Salient features of the SERB-POWER Fellowship:-

c).        Duration: Three years, without the possibility of extension. Once in a career.

B. Salient features of the SERB – POWER Research Grants :

a)         POWER Grants will empower women researchers by funding them under the following two categories:

i.          Level I (Applicants from IITs, IISERs, IISc, NITs, Central Universities, and National Labs of Central Government Institutions): The scale of funding is up to 60 lakhs for three years.

ii.         Level II (Applicants from State Universities / Colleges and Private Academic Institutions): The scale of funding is up to 30 lakhs for three years.

b.         POWER Grant will be regulated through terms of reference conforming to SERB-CRG(Science and Engineering Research Board-Core Research Grant) guidelines.

While a Search-cum-Selection Committee constituted for the purpose will help in identifying the POWER Fellowship, the existing Programme Advisory Committee (PAC) mechanism will be used to select the POWER Research Grants.

It is proposed to institute 25 POWER Fellowships annually. A total of 50 Power Grants each will be sanctioned in Level I & Level II per annum.

It was felt that  SERB-POWER Fellowships and Grants will also serve as a benchmark of recognition in the national scenario. These Schemes of the Government will definitely empower women scientists and cultivate a women-friendly culture in our academic and research institutions and ensure more women in leadership positions in decision-making bodies.

The launch which was attended by Professor Ashutosh Sharma, Chairman, SERB & Secretary, DST, Professor Sandeep Verma, Secretary, SERB, and Scientists from the Ministry of Science and Technology echoed the intent of the government to bring more numbers of women scientists in the R&D ecosystem. 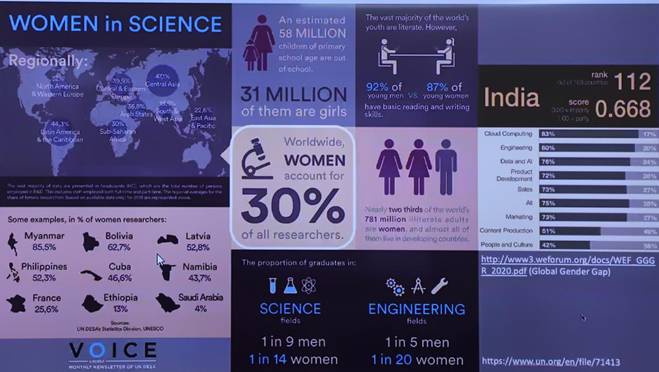