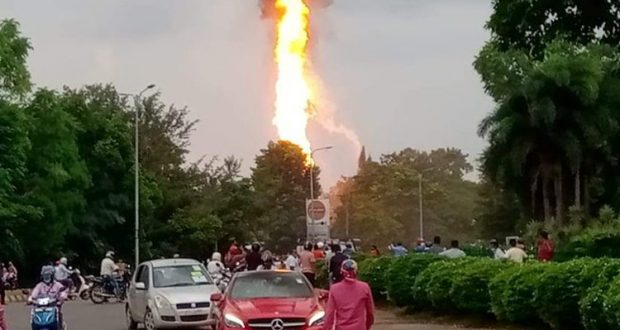 Bhubaneswar:29/10/20: In a big development, the Comissionerate Police today confirmed that the body parts collected from the site of the filling station blast near Raj Bhawan Square that shock the capital city on October 7, was that of missing Simanchal Parida. With this, the number of casualties in the mishap has gone up to two. Simachal, a resident of Aska in Ganjam district who was a diploma engineer by training, was engaged in the maintenance work at the petrol pump on the fateful day and was missing since then.

Twin City Police Commissioner Sudhansu Sarangi said, “DNA analysis of the 21 body parts found from the blast site confirms that of Simanchala Parida.” His family has been informed, he added.

Earlier on October 15, the family members of Simanchal had undergone DNA test at Capital Hospital here.