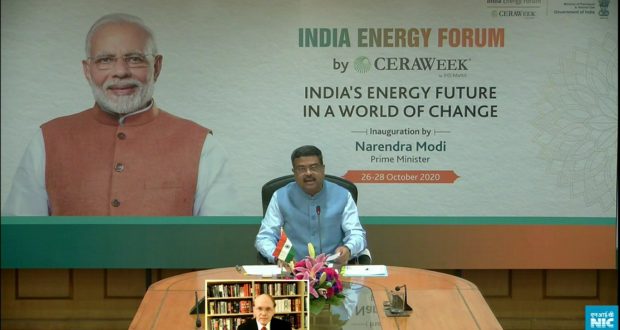 in National October 26, 2020 Comments Off on PM Modi says India’s energy will energize the world 299 Views

New Delhi:26/10/20: Prime Minister Narendra Modi has said that India’s energy will energize the world. Inaugurating the Fourth India Energy Forum by CERAWeek, Mr. Modi said that energy security is at the core of our efforts, and the country’s energy future is bright and secure.

The Prime Minister said that a self-reliant India will also be a force multiplier for the world economy. Mr. Modi said, with a smaller carbon footprint, our energy sector will be growth-centric, industry-friendly, and environment-conscious.

He said that is why India is one of the most active nations in furthering renewable sources of energy. He said India’s energy plans aim to ensure energy justice while fully following our global commitments for sustainable goals.

Mr. Modi said India is the third-largest and the fastest-growing aviation market in terms of domestic aviation. He said, India will always work keeping in mind global goals and we are well on track to meet the commitment we made to the global community. 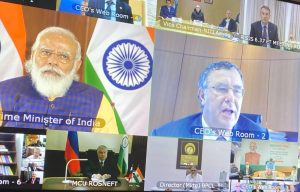 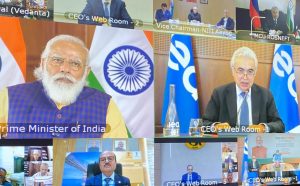 He said we had aimed to increase the renewable energy installed capacity by 175 Giga Watt by 2022 and we have further extended this goal to 450 Giga Watt by 2030.

He said India has one of the lowest carbon emissions than the rest of the industrialized world.

The Prime Minister said, the country’s refining capacity will increase from about 250 to 400 MMT per annum by 2025, and increasing domestic gas production has been a government priority as well.

He said, the government has planned to achieve One Nation, One Gas Grid, and shift towards a gas-based economy.

The Prime Minister said, in the last six years, over 11 million smart LED street lights were installed and this has enabled an estimated energy saving of 60 billion units per year.

He said the estimated greenhouse gas emission reduction with this programme is over 4.5 crore tonnes of CO2 annually.

He said, we also save around Rs. 24 thousand crores annually from the same.