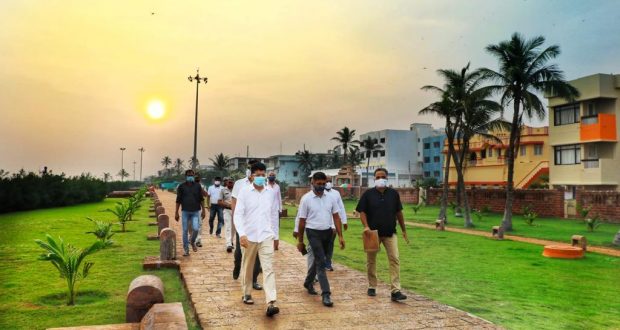 Redevelopment of Swargadwar constitutes an important part of the 5T initiative

in State News October 24, 2020 Comments Off on Redevelopment of Swargadwar constitutes an important part of the 5T initiative 353 Views

Puri:24/10/20 Secretary to the Chief Minister (5T ) VK Pandian today visited Puri and reviewed the progress of development of Swargadwar and ‘Gosala’ for stray cattle and rehabilitation of beggars.

The redevelopment of Swargadwar constitutes an important part of the 5T initiative.

An official said accordingly the work has started with funding from CMRF. The redevelopment work will be completed by next March.

As an interim measure shed and other facilities are being provided to people visiting Swargadwar for the cremation of their relatives. 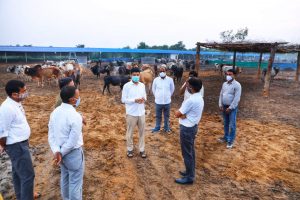 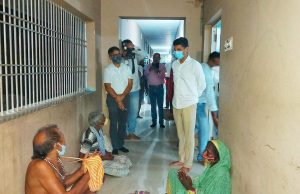 To make the ‘Badadanada’ clean the stray cattle have also been shifted to Gosalas. As many as 700 cattle have been shifted from Badadanda to Gosalas and another 400 will be shifted in the next one month. Funding for the next five years for feed and maintenance has been tied up from CMRF.

Similarly, steps have also been taken for the rehabilitation of beggars so that they can lead a respectful life. In the meantime, 500 beggars have been rescued from Badadanda and rehabilitated in various institutions. Out of the rescued 150 have been traced and reunited with their families. The funding is being met from the State Government.

During the review, the Puri Collector, the Commissioners of BMC and Cuttack Municipal Corporation were also present.

The BMC and the CMC will also take up shifting of stray cattle and rehabilitate in Gosalas of their respective areas. They will also start rehabilitation work of beggars in their areas .

2020-10-24
Editor in chief
Previous: Odisha in the last 24 hours total caseload rose to 2,79,582.
Next: Prime Minister Narendra Modi has urged the people of the country to give priority to local products