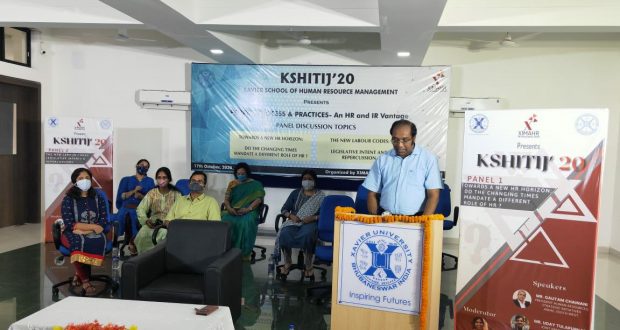 The business conclave was honored by the presence of industry pioneers and faculty members alike, was inaugurated by Dr. Andrew Dutta (Dean, XAHR) and Father E.A. Augustine, SJ (Registrar). Father Augustine shared with the panel members and the students, the anecdote titled “Honest story of 7 Rs” and brought to light the importance of the processes and practices that happen in an organization, and how people with values are at the core of such practices. Father Augustine stated that “all HR professionals need to become a partner of the upper management” and emphasized on the strategic role of the Human Resource Department.

The discussion started by understanding the changing scenario and how it mandates a different role from the HR department. The focal points of the discussion were Talent Management, Employee Safety, and the emerging HR skills for the future in the Indian context. The discussion was taken forward by Mr. Gautam who shared his thought on how the talent acquisition processes have changed in the past 8 months. He told the students that the purpose of talent management and acquisition is to get the right set of people who match the culture of the organization, optimize the mix of internal and external talent, and the ability to anticipate the disruption in the market, and upload the required skills in the company. 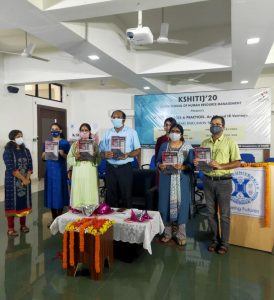 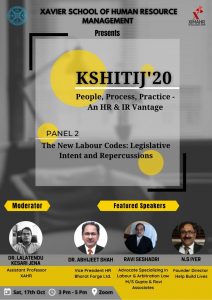 Mr.Indrajeet shared his views by stating that “the expectations of the shareholders haven’t changed.” He told the audience that we cannot expect someone to change suddenly and the upskilling of employees who are used to work in the physical medium cannot be expected to change suddenly. He also shared how corporations were putting efforts behind digitization and how the candidates are much more aware of the whole process now. He put the question “Where your talent is? and where is our work?” which would be relevant for HR managers in strategizing for the long run. Mr. Uday Tulapurkar rounded up the discussion by revealing to the audience that the unprecedented scenario is not something that can be considered out of the ordinary and shed light on the fact that the market landscape has always been changing. The principle of “build, borrow, and preach” and its application in the Talent Acquisition arena was the focal point of his discussion, and stated that the best strategy is to “hire young, train in your own system, and give them roles”

The topic for discussion for the second panel was “The new labor code: Legislative intent and repercussions”. The discussion revolved around the three new labour codes that were introduced in September 2020 – The Industrial Relations Code Bill, 2020, Code on Social Security Bill, 2020, and Occupational Safety, Health and Working Conditions Code Bill, 2020. The discussion started with Mr. N S Iyer sharing with the students the definition of employer in relevance to the code. He also shed light on fixed-term employment and the provision of Gratuity. He brought to notice the risk to the sanctity of the employer-employee contract after the introduction of the codes. Mr. Abhijeet Shah took the discussion forward and shared with the audience how the unification of the various repetitive codes of the labour laws has been done to increase the foreign investment in the Indian Market. He also discussed the definitions given under the Occupational Safety, Health, and Working conditions code bill, 2020. Mr. Ravi Seshadri discussed the amendments and definitions under the Code on Social Security Bill, 2020, and applauded the government for introducing the bill as it was a step forward.

The conclave was then followed by a Q&A session with students asking pertinent questions to the panel which made the session interactive and insightful. The esteemed panelists and the faculty members unveiled the 14thedition of the Annual Magazine, HRXpert. Finally, the conclave ended with a vote of thanks to the speakers, faculty members, and everyone who contributed to its smooth functioning and flawless execution.

2020-10-18
Editor in chief
Previous: Odisha Chief reviewed the progress of beautification work being undertaken in the pilgrim city
Next: Officials from SCO member States attend Yoga event in Beijing