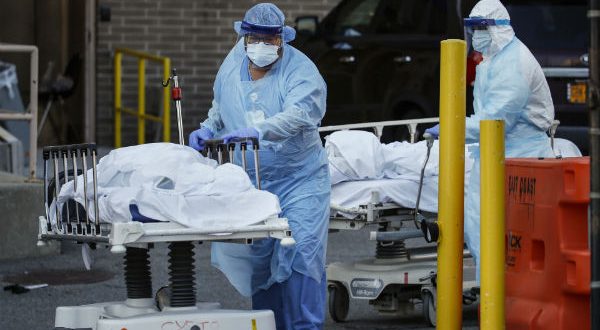 COVID-19 death toll increased to 1,121 in Odisha with 17 more patients succumbed to the deadly virus

in State News October 17, 2020 Comments Off on COVID-19 death toll increased to 1,121 in Odisha with 17 more patients succumbed to the deadly virus 400 Views

The fresh death cases were reported from 12 districts. While 5 more COVID-19 patients died in Khordha district in a single day, the virus claimed 2 more lives in Cuttack district. One each succumbed to the virus in Angul, Balasore, Jagatsinghpur, Kandhamal, Keonjhar, Mayurbhanj, Nayagarh, Puri, Sundargarh, and Sambalpur districts.

Here’re details of 17 new COVIID-19 deaths in the State:

1. A 56-year-old male of Angul district who was also suffering from Hypertension, CAD, BHP, Generalised lymphadenopathy.

2. A 69-year-old male of Balasore district who was suffering from Diabetes & Hypertension.

5. A 73-year-old female of Bhubaneswar who was also suffering from Diabetes, Hypothyroidism & Hypertension.

6.A 76-year-old male of Bhubaneswar who was also suffering from Diabetes.

2020-10-17
Editor in chief
Previous: Property worth lakhs were reduced to ashes after a major fire broke out at Mangalpur village
Next: Odisha COVID-19 in the last 24 hours taking the the state’s cumulative caseload to 2,66,345