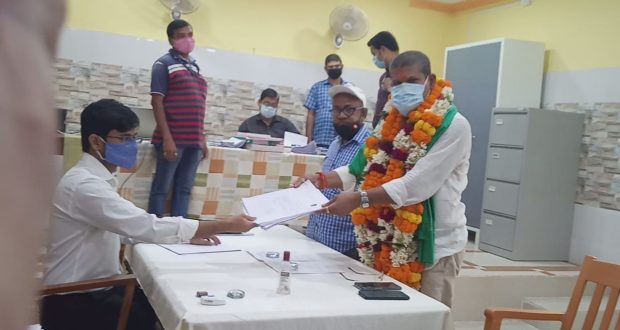 in District Diary October 15, 2020 Comments Off on Congress & BJD Candidates File Nomination for the upcoming by-poll to the Balasore Sadar 395 Views

Balasore:15/10/20″: Congress and BJD candidates today filed nomination for the upcoming by-poll to the Balasore Sadar assembly constituency in Odisha.

Congress nominee Mamata Kundu filed her nomination paper in the presence of the Returning Officer. Senior Congress leaders Navajyoti Patnaik and Sudarshan Das were also present on the occasion. 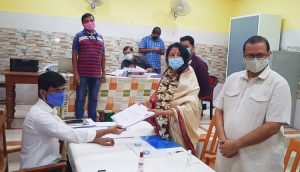 The bypoll was necessitated due to the demise of Madan Mohan Dutta in June this year.The election is scheduled to be held on November 3.

2020-10-15
Editor in chief
Previous: State Transport Authority has collected Rs 117 Crores motor vehicle revenue in the month of September 2020
Next: Bhanu Athaiya First Indian to win an Oscar, is no more