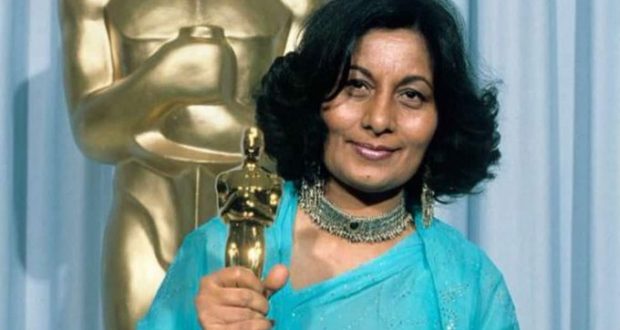 Bhanu Athaiya First Indian to win an Oscar, is no more

in Entertainment, National October 15, 2020 Comments Off on Bhanu Athaiya First Indian to win an Oscar, is no more 425 Views

Mumbai:15/10/20: Costume designer Bhanu Athaiya, who became the first Indian to win an Oscar, is no more. She was 91 and died at her residence after a prolonged illness.

Athaiya won the Academy Award in the Best Costume Design category at the 1983 Oscars for her work in Richard Attenborough’s “Gandhi”. She also won a BAFTA Award for Best Costume Design for the film. Athaiya is also a two-time National Award winner for costume designing in “Lekin” (1991) and “Lagaan” (2001).

In 2012, Athaiya returned her Oscar to the Academy of Motion Picture Arts and Sciences for safekeeping.

“India’s first Oscar winner #bhanuathaiya is no more. You been a guiding light, when nobody even heard of the Oscars you won it for us, you been an inspiration … May your soul Rest In Peace… It’s a huge loss for me personally and @TheAcademy,” tweeted sound designer Resul Pookutty, who won an Oscar for Best Sound Mixing in Danny Boyle’s 2008 film, “Slumdog Millionaire”. Pookutty hashtagged his post as #RIPBhanuAthaiya