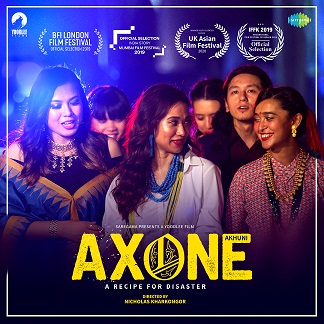 Jury comprising of (Supriti – a Diversity & Inclusion consultant, Vineet Chopra – a Theatre Director & Harsh Narayan – a Filmmaker) had a tough time coming to the conclusion. Screening brought forward the rich diversity and legacy of South Asian films. The festival opened with R Balki film Padman’ and closed with Vishal Bhardwaj film ‘Rangoon’.Ace Actor Himanshu Malik was the ‘Master of Ceremony’, who also announced the final Awards.

Indus Valley International Film Festival presented a remarkable line-up of films fromSri Lanka, Nepal, Bangladesh, Pakistan and India. There were also films in International Panorama segment, comprising films from Italy, Spain etc. Thousands of cine lovers from across the  world got an opportunity to see a range of movies, short films, documentaries and also got a glimpse of celebrities and renowned actor and directors. 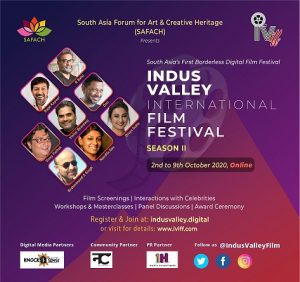 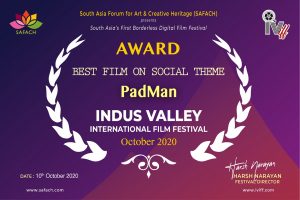 Announcing the Festival Harsh Narayan, Founder and Creative Director – Indus Valley International Film Festival said “During these nine days, all the filmmakers from across South Asian countries, had a consensus that a digital Platformfor South Asian Creative Industry should be created, where they can meet, network, plan co-productions, and collaborate on various aspects of filmmaking. Another important suggestion came that we create a South Asian Cinema fund, to select & support development of quality screen content in South Asia. These are the most important take-away of this Second edition of Indus Valley International Film Festival. They also suggested that on a regular basis, film screenings, talks, workshop or panel discussions should be organised under Indus Valley, so to retain the momentum. All of us are super excited to take this platform Indus Valley to the next level altogether, as a unified source for South Asian Creative Industry.

We also seek to take it to the next level by becomingSouth& South-East Asia’s first Borderless Digital Creative Network.”

In the Covid19 scenario the first edition was a successful effort and now the grander success of second edition has now established Indus Valley as a credible creative brand across South Asia. Below is the list of awards selected by the jury and the details are available on the website www.iviff.com