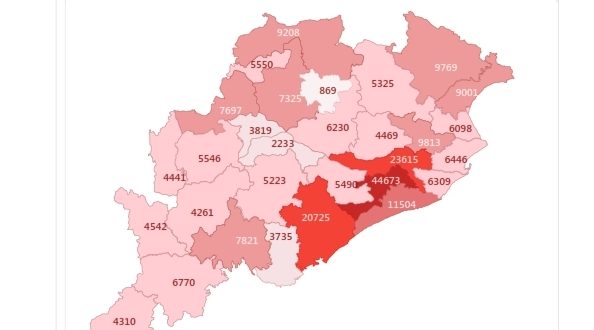 Odisha Records 2604 New Cases, the total positive caseloads in the State rose to 259541

Bhubaneswar:148/10/20: Odisha on Wednesday reported 2604 new Covid-19 case while 15 persons succumbed to the disease in the last 24 hours, informed the State Health and Family Welfare Department.

With this, the total positive caseloads in the State rose to 259541 and the death toll mounted to 1072, added the department.

Positive Cases
2020-10-14
Editor in chief
Previous: ‘Odisha Received Rs 885 Crore Under AMRUT Scheme :Dharmendra Pradhan
Next: No risk of major floods in the state due to rain caused by the depression