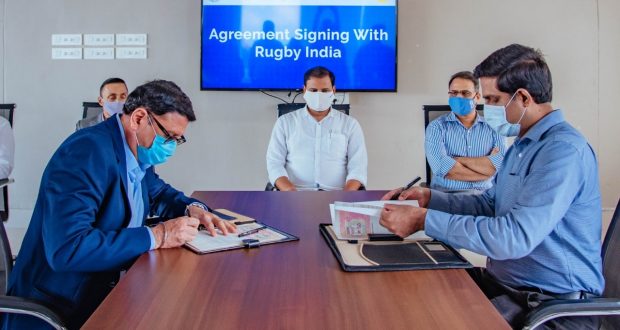 in Sports, State News October 14, 2020 Comments Off on Odisha has partnered with the Indian Rugby Football Union to sponsor the Indian National Rugby teams for the next 3 years 363 Views 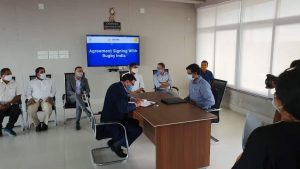 The sponsorship will be extended towards training, conditioning, and incentivizing the Indian national rugby teams (men and women) participating in international rugby events.

“This is a significant partnership for us. In recent years, we have seen a steady rise in Rugby in terms of popularity and participation, particularly the participation of young players due to the commendable efforts of Rugby India. And this partnership will not only help develop the sport of rugby further in Odisha and India but also support and strengthen the high-performance training of Indian National Rugby Teams,” said the Minister.

Odisha, which has produced some famous names in Indian Rugby, has been promoting Rugby among other sports disciplines.

“This association is a natural fit since our core objective aligns perfectly with the promotion of the sport, which is already gaining ground in several States. We hope this initiative will help nurture young talent, create a pathway from grassroots to elite, and produce more players who can bring laurels to the country” he added.

The state had earlier sponsored the National Hockey teams in 2018 for a period of five years and later supported the ISL team.