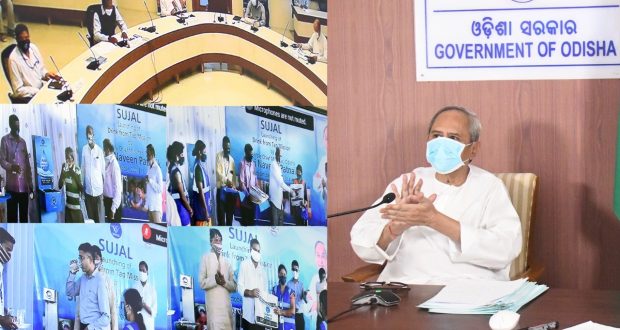 The program was organised virtually with the Chief Minister inaugurating from Naveen Niwas and officials present at 2 places in Bhubaneswar and Puri. People from fifteen urban areas will be benefited from the project.

Mission Sujal includes a 24*7 helpline center with IVRS for grievance redressal, the inauguration of a mobile water testing laboratory, and a quick response team for rapid redressal of water supply complaints.

The continuous augmentation of drinking water supply infrastructure in the capital city of Bhubaneswar has helped it to achieve the tag of the first city in the country having million plus population to achieve 100 percent household water supply connections.

The initiative was started at Salia Sahi in Bhubaneswar and Masani Chandi in Puri. In the first phase, safe and purified tap water will be supplied to 12 pilot areas of Bhubaneswar and Puri, covering 1.8 lakh people.

The Chief Minister announced that by March 2021, another 50 towns, and by March 2022, all 114 urban centers in the State will have a 100 percent piped water connection.

Naveen directed the officials to expand the programme to each region of the State in a phased manner. “Puri is a tourist hub. Tourists come from across the globe and use plastic bottled water. This programme will reduce plastic pollution in the town,” he said.

Stating that the programme will reduce the expenditure of poor people on obtaining clean and pure water, he said, it will also prevent waterborne diseases and protect public health. He expressed satisfaction over the Water Corporation of Odisha (WATCO) taking up the job of training plumbers in the state. 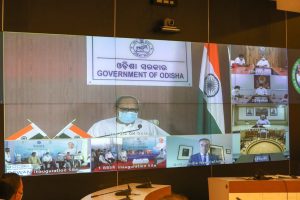 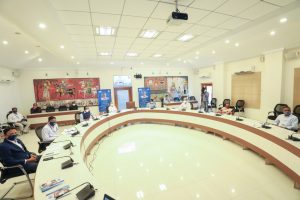 Chief executive officer of United Kingdom-based Water Aids, Tim Wainwright lauded the Odisha Government for its initiative. Wainwright said he would provide all possible support to the State’s new project.

Participating in the programme from Bhadrak, Urban Development Minister Pratap Jena said that Odisha will be the first state in the country to provide drink from the tap water to people.

The 5T secretary VK Pandian said that the Chief Minister wanted to launch the programme from Salia Sahi. By this initiative, people from Salia Sahi will benefit from modern scientific technology and drink pure water directly through piped connections.