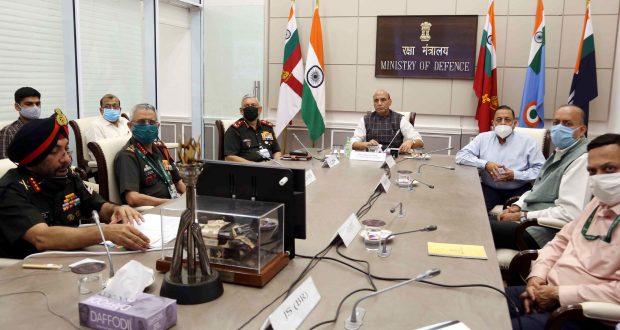 in National October 12, 2020 Comments Off on Raksha Mantri Shri Rajnath Singh dedicates to The Nation 44 Bridges Built by BRO across seven States and UTs 355 Views

auding the BRO for its role in improving the border infrastructure, Shri Rajnath Singh these bridges improved connectivity in the far flung areas of Western, Northern and North East sectors and fulfilled the aspirations of local people. They would also meet the transport and logistics requirements of the armed forces throughout the year, he added.

Briefing the dignitaries, Lt Gen Harpal Singh, DG BRO, said the 44 bridges of various spans ranging from 30 mtrs to 484 mtrs are located in J&K (10), Ladakh (08), Himachal Pradesh (02), Punjab (04), Uttarakhand (08), Arunachal Pradesh (08) and Sikkim (04). They are of strategic importance and have been designed to facilitate movement of heavy civil & military traffic in border areas. In line with the vision of Prime Minister Shri Narendra Modi, these bridges will contribute towards the overall economic growth of remote border areas and will also assist in speedy deployment of Armed Forces in strategically important sectors.

In spite of unprecedented snowfall breaking a 60 years record, all strategic passes & roads were cleared for traffic about one month before their average yearly opening dates. This brought relief to people of border areas and ensured rapid & early movement of troops & logistics.