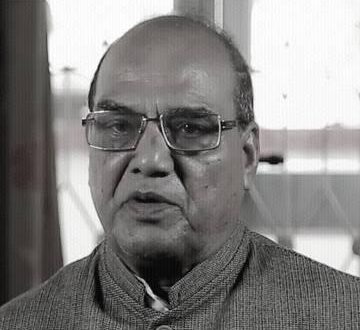 Bhubaneswar:12/10/20: Former Speaker of Odisha Assembly and eminent politician Sarat Kumar Kar passed away at a private hospital here on Monday. He was 81. This was informed by his son Sobhan Kar.

” I am saddened to learn of the death of Sarat Kumar Kar, the former Speaker of the Odisha Legislative Assembly. As a people’s representative, his efforts for the development of Odisha will be remembered. I extend my condolences to the bereaved family and wish them well,” the Chief Minister said on Twitter.

Inspired by the ideology of legendary Biju Patnaik, Kar entered politics and was elected MLA for three times and once as a Member of Parliament.

Sarat Kar, who represented the Assembly three times from the Mahanga constituency, was elected as a Janata Party (Lok Dal) MP in 1977 from Cuttack after defeating Congress stalwart and the then sitting Union Minister JB Patnaik.

2020-10-12
Editor in chief
Previous: Special interest free 50-year loans to States for capital expenditure for Rs. 12,000 crore
Next: Odisha has partnered with the Indian Rugby Football Union to sponsor the Indian National Rugby teams for the next 3 years