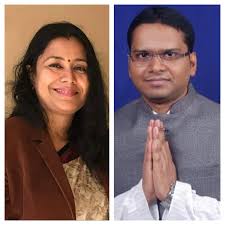 New Delhi:12/10/20: Congress today announced the names of its party candidates for by-polls to Balasore and Tirtol Assembly constituencies which are scheduled to be held on November 3, 2020.

Congress President Sonia Gandhi gave her approval to a proposal for the candidature of Mamata Kundu and Himanshu Bhusan Mallick as party candidates to contest the ensuing by-polls to Balasore and Tirtol Assembly constituencies, respectively.

BJP had announced its candidates – Manas Kumar Dutta and Raj Kishore Behera for the bypolls.

2020-10-12
Editor in chief
Previous: BAJI ROUT : THE BOY AND THE BOOK
Next: BJD announced its candidates for the forthcoming bye-elections to Balasore and Tirtol