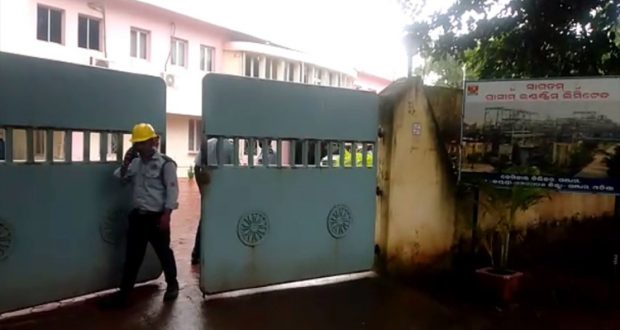 Berhampur: 11/10/20 The death toll in Grasim Industries Ltd steam pipe explosion mounted to two after an engineer succumbed to his injuries while undergoing treatment at a hospital in Bhubaneswar on Sunday.

Earlier on October 9, a helper also died during treatment in the capital city.

According to reports, four employees including an engineer had sustained serious injuries in the mishap that took place on October 6. They were rescued and admitted to MKCG Hospital in Berhampur.

Earlier on October 9, a helper had succumbed to his injuries.

The Grasim Industries, belonging to Aditya Birla Group, is the only company to produce caustic soda in Odisha.

Following the mishap, other employees had staged a dharna on the premises of the company alleging that the firm is least bothered about their safety after an ambulance delayed in reaching the spot to carry the victims to the hospital.

2020-10-11
Editor in chief
Previous: Odisha’s coronavirus tally reached 2,52,239 with a rise of 2,546 cases in the last 24 hours
Next: PM launches physical distribution of Property Cards under the SVAMITVA Scheme