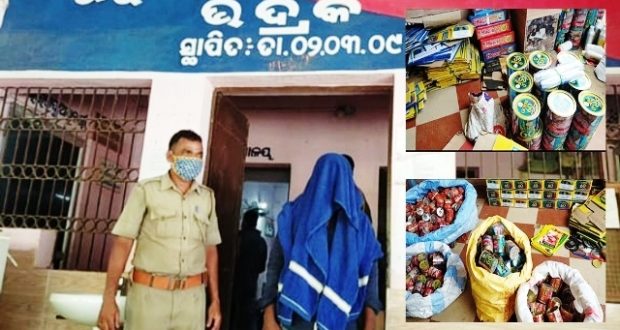 in District Diary October 10, 2020 Comments Off on STF seized more than 100 kg of fake Zarda and other tobacco product in Bhadrak 348 Views

Bhadrak: 10/10/20: The Special Task Force (STF) today seized more than 100 kg of fake Zarda and other tobacco products, a manufacturing machines, and thousands of empty containers in Bhadrak.

Acting on reliable inputs, the STF personnel conducted simultaneous raids at different places of Bhadrak Town and seized the huge cache of spurious tobacco products from one Jaga Nath of Mirzapur, Mathasahi under Puruna Bazar in Bhadrak district. Nath was then arrested.

Besides, a huge quantity of similar tobacco products with manufacturing instruments, tin dabbas, and other equipment were seized from the house of Fakir Saha of Mirzapur Chidiamerpada and Mallik Gulphan of Helasahi.

Puruna Bazar police have registered three separate cases (191/192/193) in this regard and further investigation is underway, the police said.