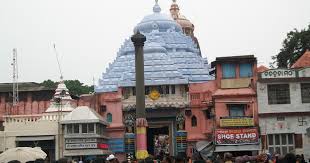 Puri: 9/10/20: The pilgrim town of Odisha, Puri has witnessed a downward trend in the COVID positive numbers. Now, while the State Government has started the official process for reopening religious places across Odisha, the servitors (Sevayats) of the 11th-century Shrine are opposed to the decision.

So far, around 500 servitors and 60 employees of Jagannath Temple, have tested positive for COVID-19. Many of them have lost their lives to the deadly disease. The Sevayats are of the opinion that the efforts undertaken by the district administration to contain the infection further will go in vein if the Srimandir is reopened for the devotees.

During a discussion with Sri Jagannath Temple Administration authorities today, the servitors expressed strong opposition to reopen the temple before December, said sources.

“As many as 18 servitors have died due to COVID-19. If the Jagannath Temple is opened devotees who have been deprived of ‘Darshan’ for over seven months will flock Puri. In such a scenario, there are chances of the infection spread and affect more Sevayats. The temple rituals might be affected,” a senior Servitor said.

Besides, this year during the holy month of Kartika (November), the much-awaited Nagarjuna Besha will be held. This ‘Besha’ of Lord Jagannath will be held after a gap of 26 years, so it is certain that devotees from across the country will make beeline for Puri to catch a glimpse of the Lord, he added.

2020-10-09
Editor in chief
Previous: No democracy in Odisha and the Cabinet ministers could not meet CM Naveen Patnaik:Chella Kumar
Next: 3404 COVID patients have recovered in Odisha and are being discharged on Friday