Top Headlines
Home » State News » No democracy in Odisha and the Cabinet ministers could not meet CM Naveen Patnaik:Chella Kumar 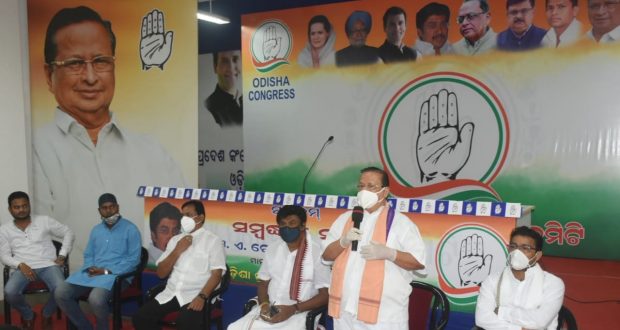 No democracy in Odisha and the Cabinet ministers could not meet CM Naveen Patnaik:Chella Kumar

in State News October 9, 2020 Comments Off on No democracy in Odisha and the Cabinet ministers could not meet CM Naveen Patnaik:Chella Kumar 352 Views

Bhubaneswar9/10/20:: There is no democracy in Odisha and the Cabinet ministers could not meet CM Naveen Patnaik, alleged newly-appointed AICC in-charge of Odisha A Chella Kumar.

Kumar at a press meet here alleged that “Democracy means for the people, of the people and by the people. Forget about common man, even senior ministers could not get an appointment with the Chief Minister”.

The AICC leader and Tamil Nadu MP said instead of strengthening democracy a concerted effort is being made to kill it in the state every day. Kumar is now on a six-day visit to Odisha. 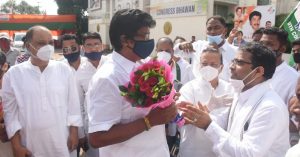 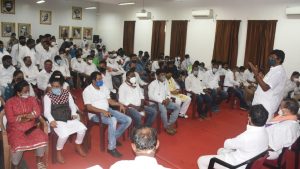 Reports said the AICC in charge, during his stay, is expected to hold discussion with senior party leaders to revamp the sagging state organisation.

Kumar had addressed party workers meeting at Biridi in Jagatsinghpur district yesterday which is going for a by-election at Tirtol.

The newly-appointed AICC in-charge has been entrusted with the responsibility of the high command to look after the party affairs in Odisha. He reiterated JB Patnaik’s much-hyped comment that a thousand industries will be set up in a thousand days.

He said the industrialization tempo has lost its ground in the present dispensation in the state and added that a number of industries set up during the Congress regime were closed down. The BJD government has failed miserably to generate employment in the state during its 20 year-rule, the Congress was alleged.