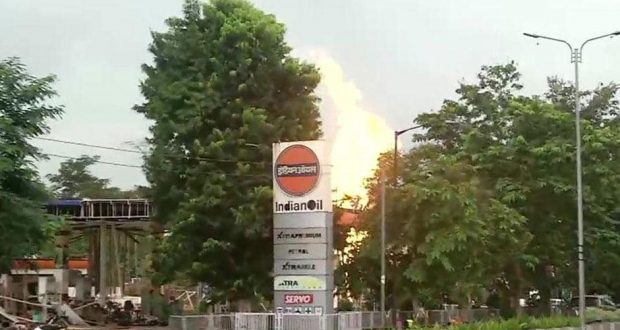 Besides, it will provide compensation of Rs 4 lakh each for critically-injured and Rs 1 lakh each for injured persons, said a communique issued by the oil and gas PSU. The compensation was declared following the direction of the Union Petroleum and Natural Gas Minister Dharmendra Pradhan.

Yesterday, Pradhan ordered the Ministry’s Secretary to submit a report as early as possible after conducting a probe into the incident.

As per the the Commissionerate Police four people were at work for refilling of CNG gas when the mishap occurred. While one of the critically-injured workers admitted at SCB Medical College and Hospital in Cuttack succumbed to burn injuries today, another is undergoing treatment at a private hospital here.  But whereabouts of one Seemanchal Parida, a native of Ganjam district, has not been ascertained yet. DNA test of flesh pieces recovered from the site of mishap will be sent for DNA test, he added.

2020-10-08
Editor in chief
Previous: Osisha CM Naveen Patnaik inaugurated 12 industrial projects across the state worth ₹8796.61 Cr
Next: Odisha’s first STATE AIRCRAFT for V.I.P flying was gifted by Maharaja of Mayurbhanj Pratap Chandra Bhanjadeo for a token amount of One rupee