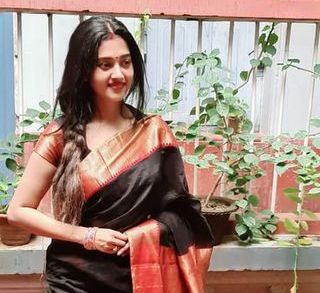 in Odia Cinema, State News October 7, 2020 Comments Off on Varsha Priyadarshini has been served a notice asking her to depose before the Patiala House Court 1,220 Views

Bhubaneswar:7/10/20: Ollywood actor Varsha Priyadarshini has been served a notice asking her to depose before the Patiala House Court in Delhi in a divorce case.

The court has received the divorce petition filed by Lok Sabha member Anubhav Mohanty and served a notice to his actress wife Varsha for appearance before it on December 10 in Delhi,  Anubhav’s counsel Ashwani Dubey told media today.

.Earlier, Varsha had moved to the Supreme Court seeking transfer of the suit filed by her husband in Delhi to the Family Court in Cuttack, Odisha.

It is to be mentioned that Varsha had already filed a domestic violence case at the SDJM Court in Cuttack on August 7 accusing Anubhav of physical and mental torture. A month before the case, the actor-turned-politician had filed a petition seeking divorce from her on July 6, 2020. The marital discord between Ollywood’s power couple came to fore later in September.

Recently, a five-member team of International Human Rights Foundation had met the couple at Anubhav’s residence but failed to resolve the issues between them.