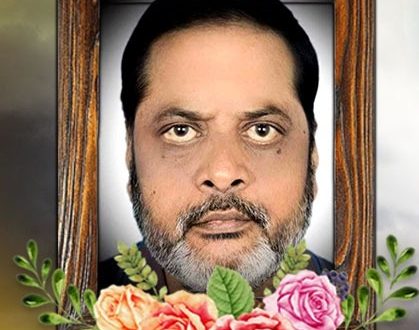 Bhubaneswar:7/10/20: The Odia film industry lost one of its popular and finest music arrangers, Tarakant Panda. He passed away at a private hospital here, late-night on5th, October Monday. Panda was 55.

A renowned music arranger of Odia films and music albums, Panda had worked in hit films like Eie Sangharsa, Prema Bandhana, and many more. Tarakanta Panda who had created very innovative music for Smruti Bilas, the Lyricist Shri Prabir Dash’s unique creation. .According to reports, Panda suffered a massive heart attack on Monday night while he was at his home here. He was rushed to a private hospital where the doctors declared him dead.

The Ollywood industry expressed deep grief on Panda’s demise and remembered him as an exceptional talent who had a flair for perfection. “Tara Babu was synonymous with Music Arrangement in the Odia film industry. He had always been a guiding force behind young music directors,” said one of his colleagues, Bidyadhar Sahu.