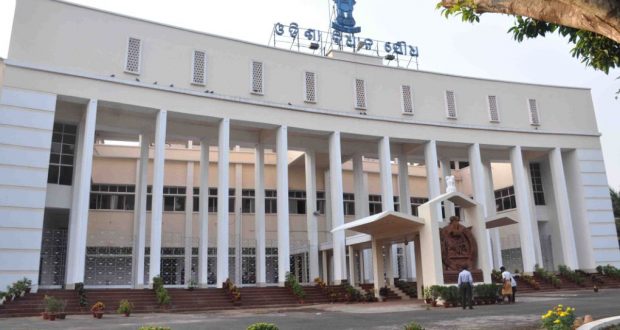 in State News October 6, 2020 Comments Off on Odisha Assembly Adjourned Sine Die Ahead Of Schedule 323 Views

After paying tributes to late BJD MLA Pradeep Maharathy, who passed away during the session, the Monsoon Session was adjourned sine die.

The opposition BJP did not participate in the business of the House throughout the day. Alleging that the State government was ignoring the Opposition and the Speaker doing partiality, BJP and Congress members created ruckus in the House.

BJP legislators shouted slogans demanding the Speaker to accept an adjournment motion on PM Kisan Yojana. They also wanted a discussion on mining scam in the State. The BJP members then walked out of the Assembly and went to meet Governor Ganeshi Lal to apprise him about the issues.

Ahead of the session, a COVID test of legislators and Assembly staff was carried out. It is worth to be mentioned that the session began on September 29.

2020-10-06
Editor in chief
Previous: Historic MoU Signed between ISLRTC and NCERT for Converting Educational Materials in to Indian Sign Language
Next: Odisha Government set the target to provide high-speed internet connectivity to all gram panchayats