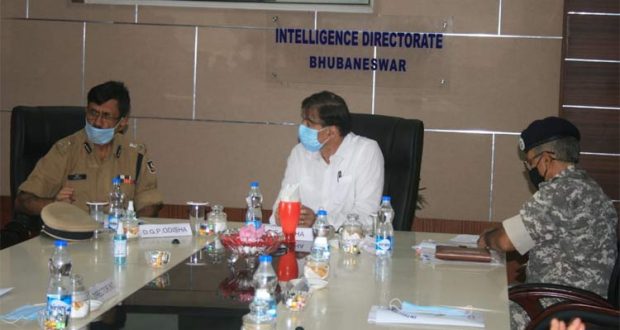 Central Armed Police Forces To Be Deployed In Maoist-Affected Districts

Several issues including the Left Wing Extremism (LWE) situation, progress made towards combating the menace, operational strategy, re-deployment of CAPFs, and coordination between agencies were discussed by Senior Security Advisor of Union Home Ministry, K. Vijay Kumar, who along with the CRPF DG reviewed the anti-Naxal strategy during a visit to Odisha today. Odisha DGP, BSF ADG, Director-Intelligence and senior officers of State Police, BSF, and CRPF were present in the meeting.“It was also emphasized to fast track the re-deployment of CAPFs in Kalahandi, Kandhamal and Nabarangpur districts,” an official release read. Moreover, the coordination mechanism between Andhra and Odisha police was also lauded by the Centre.The Senior Security Advisor assured full support of the Government of India to Odisha in the fight against LWE menace.

2020-10-03
Editor in chief
Previous: As long as PM Modi is in power, there is no question of taking back MSP :Dharmendra Pradhan
Next: Former Odisha Minister and BJD MLA Pradeep Maharathy passed away