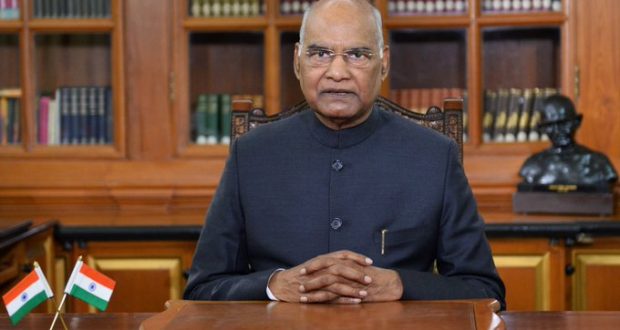 in National September 27, 2020 Comments Off on President Ram Nath Kovind has given his assent to the three contentious agricultural Bills 496 Views

New Delhi,  27/9/20: President Ram Nath Kovind has given his assent to the three contentious agricultural Bills that were passed in the Parliament amid protests by opposition parties.

The President signed the Farmers’ Produce Trade and Commerce (Promotion and Facilitation) Bill, 2020, and The Farmers (Empowerment and Protection) Agreement on Price Assurance and Farm Services Bill, 2020, into law on September 24 and the Essential Commodities (Amendment) Bill on September 26.

The Law Ministry has notified all the three Bills which are now laws.

Many opposition parties including the Congress and the Shiromani Akali Dal (SAD), which was then part of the ruling alliance, urged the President not to sign the bills after they were passed by the Parliament.

The Akali Dal, whose sole Minister in the Narendra Modi government – Food Processing Industries Minister Harsimrat Kaur Badal – had resigned ahead of voting on the bills in the Lok Sabha, has also exited the National Democratic Alliance on this issue

At an emergency meeting on Saturday night, the party’s highest decision-making body took the decision to sever their relations with the BJP and the alliance, because of the Centre’s stubborn refusal to give statutory legislative guarantees to protect the assured marketing of farmers’ crops at minimum support price (MSP).