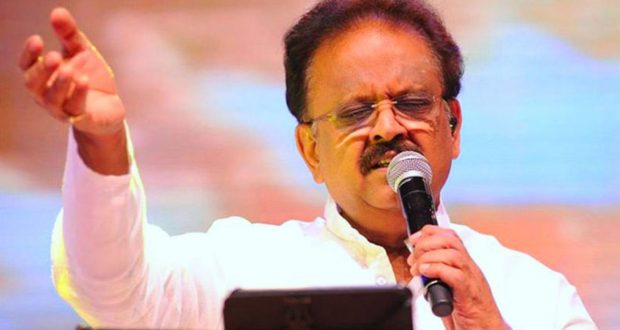 It’s SPB song which is lingering in cine music lovers mind after his death!

This song is from K. Balachander’s hit film ‘Ek Duje Ke Liye’ (1981) which introduced singer S. P. Balasubrahmanyam to Hindi Cinema. That was a remake of director’s hit Telugu film ‘Maro Charitra’ (1978). Kamal Haasan was also there in lead with Saritha and in its Hindi version, he played same intense lover with pretty Rati Agnihotri. Their passionate love touched our hearts in college days!

In 1966 SPB got a break as a playback singer in Telugu film industry with ‘Sri Sri Sri Maryada Ramanna’! After a few days, he got the opportunity to sing for Kannada film ‘Nakkare Ade Swarga’. Coincidentally both the films were connected to comedians. First was produced by B. Padmanabham and second, was acted by T. R. Narasimharaju!

Surprisingly, he recorded first Tamil song not released! In 1969 he became known in this prominent film industry with duets he sung with P. Sushila. Those songs were “Iyarkai ennum..” for Gemini Ganeshan acted ‘Shanti Nilayam’ and “Aayiram nilavae vaa..” for legend M. G. Ramachandran’s ‘Adimaippenn’. After that, he has sung for Malayalam with G. Devarajan’s film ‘Kadalppalam’!

SPB achieved national & international fame with K. Viswanath’s film ‘Sankarabharanam’ (1980). This film focused on the roots of classical music and even though he was not trained, sung Carnatic music composed by K. V. Mahadevan. J. V. Somayajulu and Manju Bhargavi intensely portrayed the characters devoted to classical music in it!

He won National award for ‘Best Playback Singer’ for ‘Sankarabharanam’. Then again he won the same for Hindi film ‘Ek Duje Ke Liye’. For this, he has sung with legendary Lata Mangeshkarji. All songs wrote by Anand Bakshi and composed by Lakshmikant-Pyarelal became superhit. Among these, my favourite is “Hum tum donon jab mil jayenge..”

Then SPB has sung more Tamil songs with S. Janaki composed by maestro Ilaiyaraaja with whom he attached in early days of music troupe. Their notable combination includes K. Vishwanath’s films ‘Saagara Sangamam’ (1983), ‘Swathi Muthyam’ (1986) and K. Balachander’s ‘Rudraveena’ (1988). For these films, both won National Awards!

Again in 1989 SPB became a sensation with his playback in Hindi cinema which happened due to Salman Khan’s first hit ‘Maine Pyar Kiya’. I saw the picturisation of his song “Mere rang the main ranganewali..” in ‘Nataraj Studio’ at Mumbai. ‘Rajashri’s Sooraj Barajatya nicely filmed that on Salman & pretty Bhagyashree! He won ‘Filmfare’s Best Playback Singer’ award. Then he became Salman’s voice. With super hit film ‘Hum Aapke Hain Koun’ (1994) again actor-director-singer & music director RamLaxman collaboration hit the box-office! In the new era.SPB has sung with music directors like A. R. Rahman for film ‘Roja’ (1992). The title song of this Mani Ratnam’s contemporary film touched the hearts! Then after a big gap, he has sung for Hindi film ‘Chennai Express’ (2013) in the music of Vishal-Shekhar and that was for Shahrukh Khan!

SPB has sung over 40000 songs in our 16 Indian languages during his career which is ‘Guinness World Record’! He won various awards includes 6 National and about 7 Filmfare. And he was honoured with state ‘NTR Award’ and ‘Padma Bhushan’ by our Government of India! He was named as ‘Paadum Nila’ (Singing Moon)..so went to sky.!

Homage to this devoted singer & good human being!!

2020-09-26
Editor in chief
Previous: Renowned Malayalam poet Akkitham Achuthan Namboothiri was conferred the Jnanpith award
Next: India has potential to become the preferred health tourism destination of the world: VP