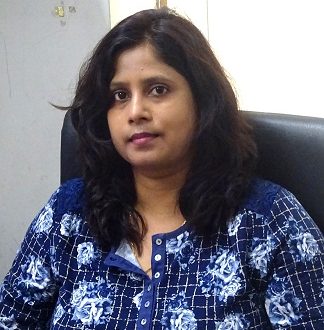 Prof. Jyotirmayee Dash is the first Odia woman to got the “Shanti Swarup Bhatnagar Award 2020”

in National, State News September 26, 2020 Comments Off on Prof. Jyotirmayee Dash is the first Odia woman to got the “Shanti Swarup Bhatnagar Award 2020” 1,682 Views

Newdelhi26/9/20:: Prof. Jyotirmayee Dash has got the highest Science and Technology award of India “Shanti Swarup Bhatnagar Awad 2020” in Chemical Sciences.Prof. Dash is working in the School of chemical sciences, Indian Association for the Cultivation of Science, Kolkata.

Dash born in Jagatsinghpur district first is the first Odia woman to receive such an award. She is among the 12 scientists to get the award which was announced during the foundation day of the Council for Scientific and Industrial Research (CSIR) on Saturday.

The award is given to Indian scientists below the age of 45 for outstanding research in seven fields—Biology, Chemistry, Environment Science, Engineering, Mathematics, Medicine and Physics.

Dash who had done her MSC in Chemistry from Ravenshaw University received her Ph.D. from IIT Kanpur.

The Shanti Swarup Bhatnagar Prize for Science and Technology (SSB) is a science award in India given annually by the Council of Scientific and Industrial Research (CSIR) for notable and outstanding research, applied or fundamental, in biology, chemistry, environmental science, engineering, mathematics, medicine, and Physics. The prize recognizes outstanding Indian work (according to the view of CSIR awarding committee) in science and technology. It is the most coveted award in multidisciplinary science in India. The award is named after the founder Director of the Council of Scientific & Industrial Research, Shanti Swarup Bhatnagar. It was first awarded in 1958.

Any citizen of India engaged in research in any field of science and technology up to the age of 45 years is eligible for the prize. The prize is awarded on the basis of contributions made through work done in India only during the five years preceding the year of the prize. The prize comprises a citation, a plaque, and a cash award of ₹5 lakh (US$7,000). In addition, recipients also receive Rs. 15,000 per month up to the age of 65 years. 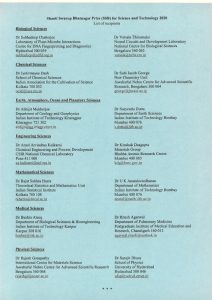