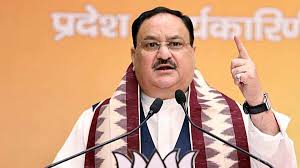 in National September 26, 2020 Comments Off on Four leaders of BJP from Odisha found berths in the list of the party’s office-bearers 366 Views

New Delhi:26/9/20: Four leaders of Bharatiya Janata Party (BJP) from Odisha found berths in the list of the party’s office-bearers.

Also, 13 National Secretaries, 23 National Spokespersons, Morcha National Presidents, and the Treasurer of the party were appointed.