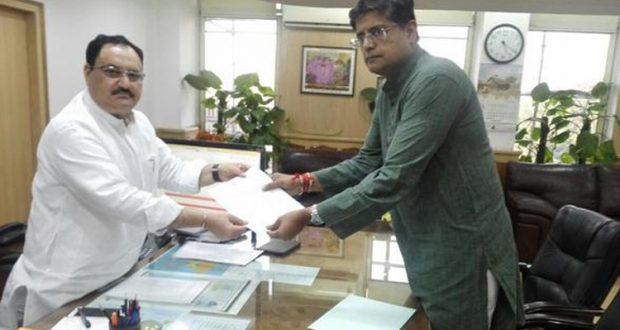 Delhi:26/9/20: The Bharatiya Janata Party (BJP) appointed its new national office-bearers on Saturday and as many as four leaders from Odisha have found a place in the new team of party President Jagat Prakash Nadda.

While Baijayant “Jay” Panda has been reappointed as National Vice President, Lok Sabha Member from Mayurbhanj, Bisweswar Tudu has been named one of the national secretaries of the party. Taking to the microblogging site, Panda congratulated all the office bearers and thanked PM Narendra Modi, Party President JP Nadda for their support and guidance. Apart from Panda, Raman Singh, Vasundhara Raje Scindia, Radhamohan Singh, Raghuvar Das, Mukul Roy, and Rekha Verma are among the 12 vice presidents named by the party.

2020-09-26
Editor in chief
Previous: Kolkata Knight Riders to take on Sunrisers Hyderabad
Next: All MLAs and staff at the state assembly will undergo COVID-19 tests