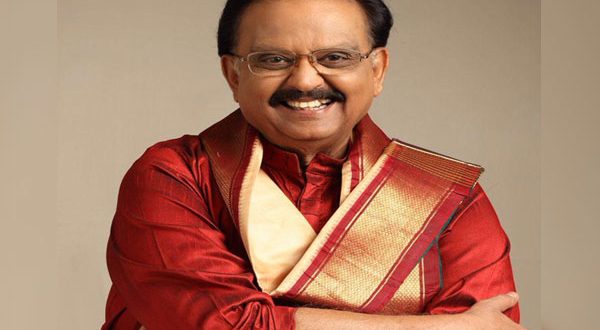 Bhubaneswar:25/9/20: S.P. Balasubrahmanyam whose journey began with playback singing back in the 60s has finally come to an end.  The man who aced in several roles from a playback singer to dubbing artist and music director to a film producer; a virtuoso, a doyen of Indian music has today walked into his final slumber.  Such an enigma was Sripathi Panditaradhyula Balasubrahmanyam. Who had lent his voice only Odia film SATA KEBE LUCCHI RAHENA produced by Sriya Films  was  released on14 March 1986 directed by Ramesh Mohanty and music was scored by Basant Das

The Indian film industry has come together as one today to pay the final respects to its very own S.P. Balu. As we bid adieu to the fallen star, here are 10 of his popular music tracks to give him musical tribute:

In his career span of over five decades, SP Balasubrahmanyam has lent voice to over 40000 songs in South Indian and Bollywood industry. He is a receiver of six national awards. He was known to have made Salman Khan and Kamal Hassan popular with his mellifluous voice. In Telugu films, he was the voiceover artist for Kamal Hassan. His songs for Salman Khan starrer movies were a hit in the 90s making him a star overnight.

While Balasubrahmanyam was undergoing treatment in the MGM Healthcare in Chennai, Dabangg actor Salman Khan prayed for his speedy recovery. SPB was admitted in the hospital on August 5 for COVID-19 infection. Though he tested negative for the virus in September 4, he still continued to be on ventilator support. However, he lost the battle in the wee hours today.

He may have treaded the one-way journey, his soulful voice will always remind fans of his affable personality.

2020-09-25
Editor in chief
Previous: Model Code of Conduct comes into effect in Bihar
Next: Mobus service to Puri and Konark on September 27 on the occasion of World Tourism Day