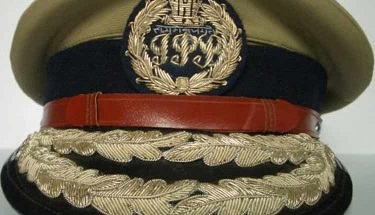 Odisha government on Wednesday transferred as many as nine senior officers

Bhubaneswar:24/9/20; In a major IPS reshuffle, the Odisha government on Wednesday transferred as many as nine senior officers.

Senior IPS officers Lalit Das, who holds the position as ADGP, has been appointed as ADGP Headquarters. IPS YK Jethwa has become ADGP, Law, and Order. He recently returned from the Central deputation.

Arun Kumar Ray, the 1988 batch IPS officer who was also on Central deputation, has been appointed as ADGP Communication.

The 1993 batch IPS Vinaytosh Mishra, who currently holds the position as ADGP Headquarters, has been posted as Director, SCRB.IGP (Modernisation) Rekha Lohani has been appointed as Additional Commissioner of Police while Dhenkanal SP Anupama James will now serve as SP (Vigilance). 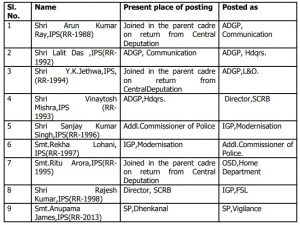 2020-09-24
Editor in chief
Previous: Ganjam district is observing ‘COVID Week’ from September 24 (today) till the 1st of October, 2020
Next: Odisha is found among least happy states in a nationwide survey