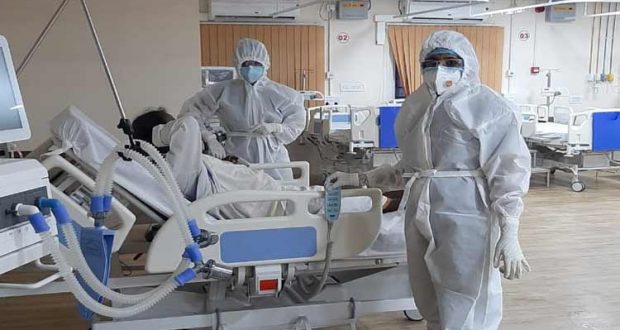 Bhubaneswar:21/9/20: At a time when Odisha is reporting a record number of 4000-plus COVID cases almost every day now, allegations have poured in from all parts of the State that the health infrastructure is undergoing a major crisis due to lack of hospital beds. Precisely, patients in the Twin Cities of Cuttack and Bhubaneswar have also been alleging that there is a shortage of beds in hospital intensive care units (ICUs) and general wards.

The situation is such that a large number of COVID patients are being referred to Bhubaneswar and Cuttack hospitals, which allegedly has led to mismanagement at the facilities here.

Amid such concerns, the State Health Department has reportedly come up with a clarification on shortage of beds at the hospitals.

As per data provided by the government, around 46 percent of total ventilator-beds in hospitals across the State are filled up, while only 48% of ICU beds, and 56% general beds have been occupied as of now.